Climate change and the green transition have given a real boost to the development of solar energy all over the world. Obton is playing an ever-greater role in this development, which bodes well for the future, as Anders Marcus, CEO, explains.

“In 2021, we waved goodbye to Obton as a small, provincial Danish investment company, and said an enthusiastic hello to Obton as an international developer of solar energy on a global market. This successful change is largely attributable to an extremely ambitious growth plan, backed by a new, professional Board of Directors featuring international profiles and a number of heavyweight deals that have attracted a lot of attention in the sector,” he says. 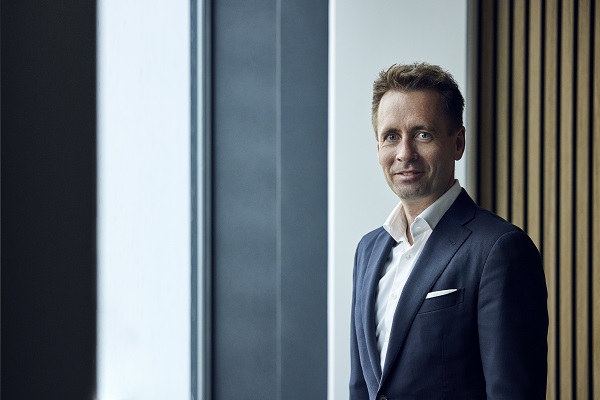 New markets in the portfolio

A number of new countries appeared on Obton’s map of the world in 2021. One of them was Japan, where an export loan of around DKK 500 million from EKF (Denmark’s Export Credit Agency) enabled Obton to purchase its first large solar farm in that country. In addition, new solar projects are being lined up in Greece, Taiwan and Chile – all mature solar markets with the capacity to generate appreciable value for Obton’s investors.

It was also in 2021 that Obton succeeded in selling two large Dutch solar farms to CEE Group, the German institutional investor. Anders Marcus relates that such sales are strategically significant because they pave the way for new earnings opportunities, along with interesting potential for the investors in Obton’s large solar funds.

In step with the rapidly growing portfolio of solar farms and a robust pipeline of new projects, the company has also seen appreciable growth in its workforce. Obton actually took on 106 employees in 2021 alone, which represents a doubling of the staff in a single year.

“We’re currently implementing a plan whereby we are to handle many more specialist tasks in-house. We are therefore setting up a large number of new specialist positions and insourcing many of the assignments that we previously handed off to external suppliers. Fundamentally, we’re looking to reinforce our base and to make Obton’s business areas scalable, which entails moves such as increasing digitalisation, developing new IT- and reporting tools, and implementing process optimisation broadly throughout the organisation,” concludes Anders Marcus.