The new members of the board of directors include the Norwegian specialist Gunn Wærsted, who will also assume the role of Chairwoman of the Board of Obton Group, Mike Winkel from Germany and Thyge Boserup from Denmark. Lars Denkov, a partner at FSN Capital, will also be joining the board.

Gunn Wærsted is a professional board member and possesses a peerless combination of management experience from the financial sector and the energy industry. She is currently Chairwoman of the telecoms company Telenor ASA and of Petoro, which administers gas and oil activities for the Norwegian State. In addition, she is a member of the boards of Fidelity International and Nationwide Building Society, and Executive Advisor at FSN Capital.

Mike Winkel has extensive management experience from the German energy company E.ON where he held responsibility for areas including the company’s activities in the field of renewable energy. Up until March this year, he also sat on the board of JERA, the largest electricity company in Japan. He is currently a Senior Advisor to JERA and to the Boston Consulting Group.

Thyge Boserup has a broad base of management experience, which encompasses a leading position in the Danish company Ørsted’s offshore wind power activities. He is currently Chairman of the Board of Green Hydrogen Systems, which manufactures electrolysis installations for the production of green hydrogen and has recently completed a successful flotation on Nasdaq Copenhagen.

“We are delighted to have been able to attract three such prominent figures to the board of Obton Group. We view this as confirmation of Obton Group’s impressive potential in the field of solar energy, and thus of the role the company has to play in the green transition of our energy systems – which is crucial if we are to achieve our goal of a zero carbon society in 2050,” says Lars Denkov, Partner at FSN Capital.

Anders Marcus, co-founder and CEO of Obton Group is likewise thrilled to see leading international executives joining the board of Obton Group.

“Reinforcing the board by bringing in leading international profiles and trailblazing skills in the context of the green transition is a natural extension of welcoming FSN Capital to the table as an investor. Obton is experiencing almost explosive growth at the moment, making it one of the largest developers and investors in solar farms in Europe today. I have no doubt that these leading international executives – and the competences they possess with regard to the green transition – will help us achieve our ambitious goals for international growth,” he says.

Obton Group develops and administers investments in the fields of solar energy and properties. The company maintained the remarkable growth of recent years in 2020, where its operating profits rose by around 30 percent to DKK 306 million.

Obton Group is the first Danish investment from FSN Capital’s most recent fund – FSN Capital VI – which was closed in June 2021 with a total investment undertaking of EUR 1.8 billion. 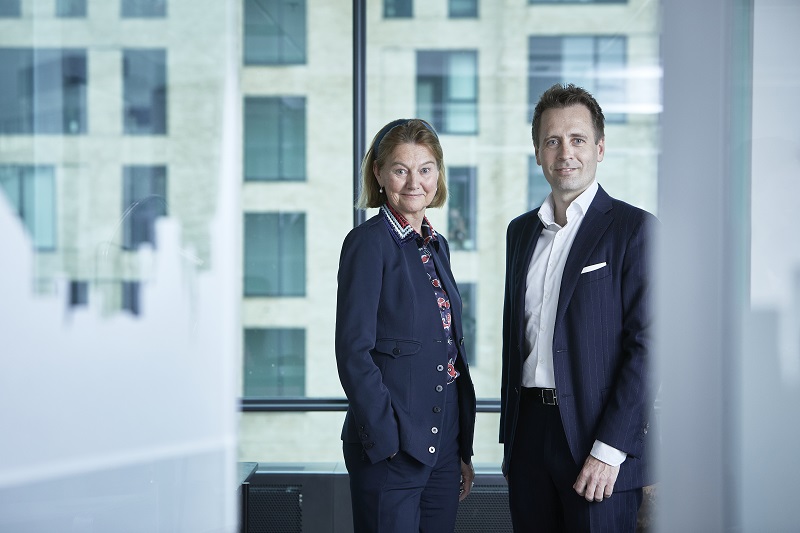 Sustainability in the spotlight at Obton

Sustainability and the green transition are high on the agenda for us at Obton. Read more about this in our new Sustainability Report.

Obton and Shannon Energy plans to develop 1 Gigawatt (GW) of solar PV projects in Ireland over the next five years.