Community financing - the future of solar?

Renewable energy investing has traditionally been a game for the large players. Not anymore. In the Netherlands, a young company is making solar energy projects happen through small investments from locals and average citizens.

For Sven Pluut, the idea for the company ZonnepanelenDelen started, when he worked as an international credit analyst at a Dutch bank in the beginning of the last decade.

"The bank was struggling to finance smaller scale solar projects. Every project below EUR 2 million was turned down. And to my mind, that was wasted potential, because a large part of solar energy’s potential lies in the very fact, that it can be distributed wherever there is room for solar panels," he says.

At the same time, Sven – who lives in an apartment in Amsterdam – searched for an opportunity to realize a local renewable energy project.

"My building didn’t have room for solar panels, but the city as a whole has numerous ideal spaces for solar panels. It occurred to me, that if I could pool investments with likeminded citizens and we could find locations, we could hit two birds with one stone," he says.

From pilot to 95 solar projects

Sven and Matthijs Olieman soon developed a pilot project – solar panels on the roof of a football club in the city of Groningen – and got fellow funders to invest with him. From there he enrolled in a business accelerator program, quit his job at the bank and wrote a business plan.

By January 2015, his company ZonnepanelenDelen launched its online platform after a successful seed investment round.

"I sometimes say that ZonnepanelenDelen is the Airbnb of renewable energy investment, because our platform enables regular citizens to directly invest in a local solar energy project of their choice – and continuously monitor the project’s performance," says Sven Pluut.

And today - five years after its launch – ZonnepanelenDelen have realized an impressive 95 solar projects across the Netherlands with the backing of over 7,000 private funders.

"We like to call it “community financing”. “Crowdfunding” implies a bit of a gamble on a risky consumer product, but we specialize in high quality projects only. We vet them carefully and monitor them closely to ensure, that a ZonnepanelenDelen investment is a reliable investment as well as a responsible one," Sven Pluut explains.

ZonnepanelenDelen today has investments totaling EUR 15 million. That means, that the typical funder invests EUR 2,000, but the company accepts deposits of as low as EUR 25.

"There are typically three types of funders. One - that we refer to as “Hans” - is a man in his fifties who is concerned for the planet and would like to invest some of his retirement funds to leave the world a better place for his children and grandchildren," says Sven Pluut.

"The second type – we refer to as Menno – reads the Financial Times and is primarily interested in the risk profile of his investments, while the third type is a younger segment that takes care to reduce their carbon footprint and is used to living in a digital age."

Getting personal with your project

What really sets ZonnepanelenDelen apart, is its ambition to create a close relationship between the funders and the solar projects, that they invest in.

"Our platform allows our funders to continually monitor the performance of their solar project," says Sven.

It is also a way for project developers to increase local acceptance of a project.

"Deployment of wind energy has been severely restricted by local resistance. Solar energy can easily encounter the same opposition, just because of the fact that we are a relatively new thing to most average citizens. However, ZonnepanelenDelen offers a way of both educating people on the benefits of solar energy and bringing them onboard on the task of transforming our energy system," explains Sven Pluut.

And citizens involvement is quickly moving from nice-to-have to need-to-have in any renewable energy project.

"We are definitely seeing a trend in the Netherlands and across the EU, that municipalities and public authorities are mandating citizens participation in renewable energy projects. There is a growing realization, that we need to get the public on board, if we are to meet the ambitious targets of expanding our renewable energy production," says Sven Pluut.

As a way of increasing the interest and awareness of the closest neighbors to new solar projects, Project owners could offer a free EUR 25 bond in the project.

"The energy transition will transform people’s lives and impact the way our society works. It is important to not only make everyone part of that transition, but also let them experience the benefits of solar energy. We have the model to do so. Everyone can participate from 25 euro onwards in (community) solar projects," he adds.

The sky is the limit

As for ZonnepanelenDelen, the company is just getting started.

In 2019 it launched a new financing product, that invites banks on board to account for 80 percent of the financing, while individual funders account for a further 15 percent. The new product means, that the company will be able to realize even bigger solar projects, and it expects to multiply its investments by a factor of 17 to EUR 250 million by 2023.

ZonnepanelenDelen also recently welcomed the Danish solar investor Obton as partner, which has benefits for both parties. Obton gets valuable knowhow regarding community financing of energy projects, while ZonnenpanelenDelen will get access to Obton’s experience in many different energy markets.

"Our success relies on our ability to work with local partners on every project", says Sven Pluut, who hopes to be able to launch its first solar project outside the Netherlands in 2020. 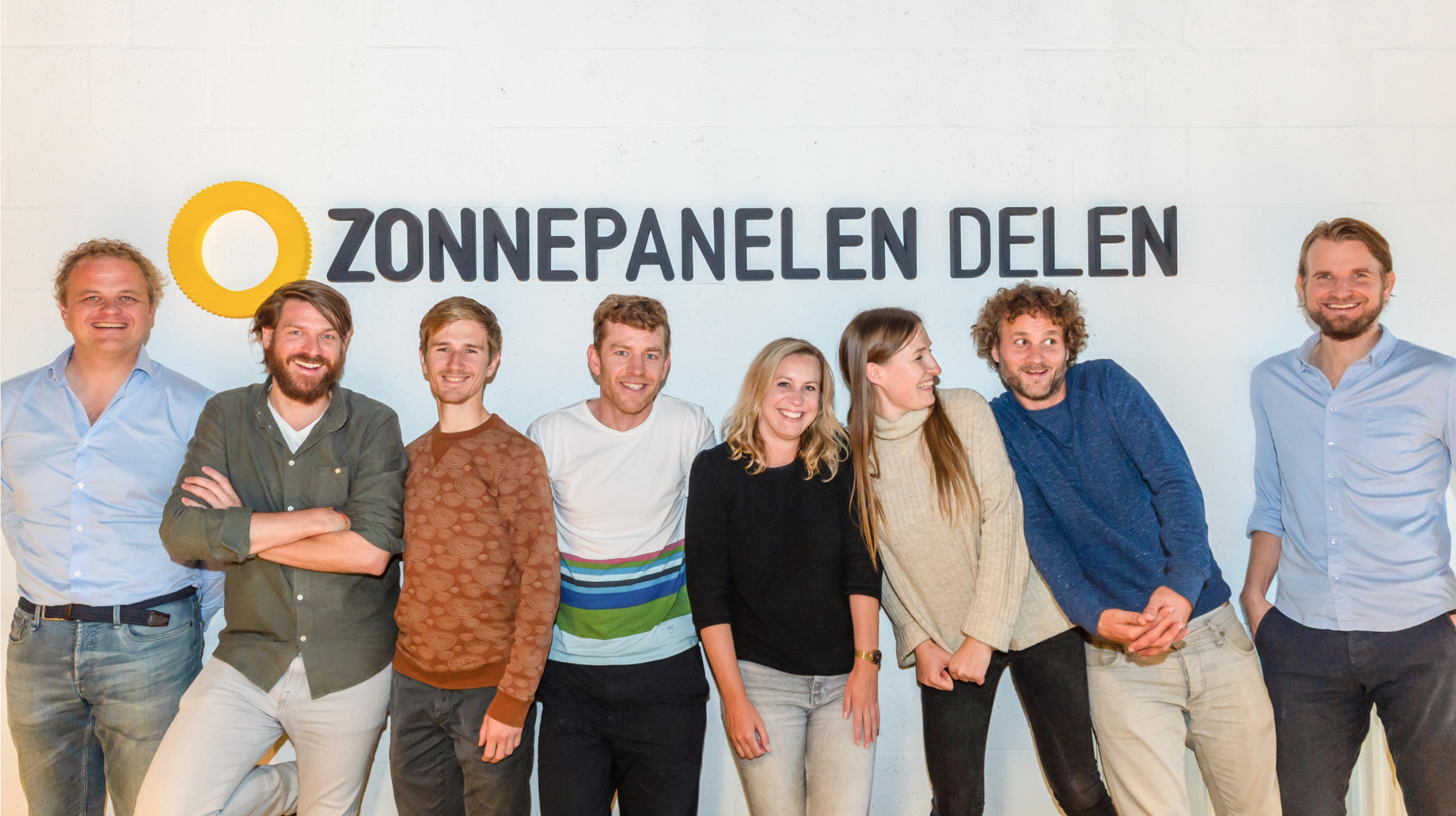