6 renewable energy trends to look out for in 2020

Solar energy outpaced every other electricity generating source in the last decade. And this technology shows no sign of slowing down in 2020. Obton’s expert gives us his best tips for renewable energy trends to watch in the new year.

If a newborn baby had the same growth rate as solar energy, it would grow from 50 cm to 300 cm before its 10th birthday.

- The development has been truly astonishing and is largely due to solar’s unparalleled pace of cost reduction. Solar module prices have dropped by over 90% in a decade, says Obton’s Chief Project Officer, Bent Hansen. By comparison, the cost of building new onshore wind capacity dropped by only 38% over the same period.

But despite this impressive performance, Bent Hansen insists that solar energy shows no signs of slowing down, and predicts 6 renewable energy trends to look out for in 2020. 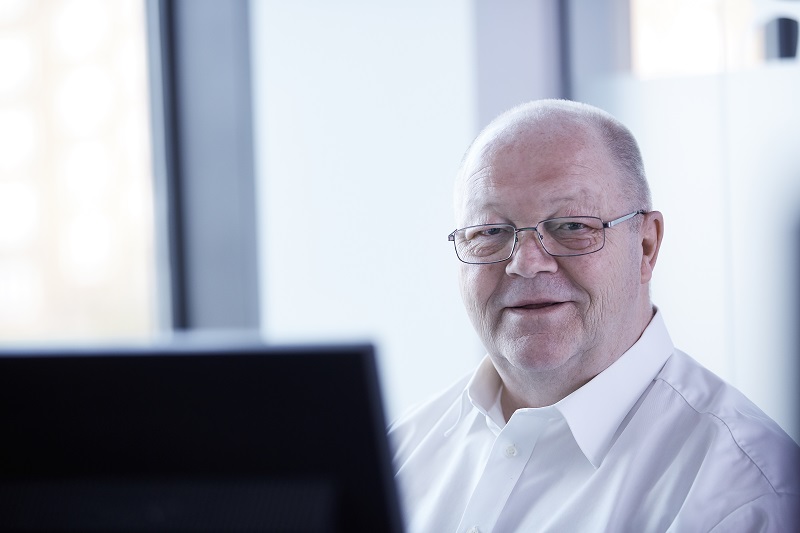 Trend #1: Closer to solving the storage problem with Power-to-X

Fortunately, battery prices are dropping rapidly in price these years – but so far not enough, and other technologies are looking equally promising:

- A lot of research is being done into Power-to-X-solutions. Technologies where you use energy from renewable sources to produce another source of energy.

-  It may seem like we are scraping the bottom of the barrel in terms of increasing solar module efficiency. But think again. The innovation of bifacial solar panels will decrease solar projects’ levelized cost of energy even further, says Bent Hansen.

Bifacial solar panels produce solar power from both sides of the panel, resulting in a massive increased power output.

- Bifacial solar panels only cost marginally more than traditional solar panels, so obviously they can further reduce costs of solar energy projects. And they are becoming increasingly common.

Wave energy, geothermal energy and bioenergy - there are many types of renewable energy. But when it comes to technologies that can provide the necessary transformation of our energy systems, the list of available technologies boils down to two.

- When you look at the US energy market, solar and wind energy will account for 96.6% of new generation capacity in 2020. And this holds true for the global energy market as well. Wind and solar are the only two renewable energy technologies able to deliver on a sufficient scale and a competitive price, says Bent Hansen.

Despite rising public awareness of climate change, the UN climate talks in Madrid resulted in few new commitments from the world’s governments. COP25 was widely denounced as one of the worst outcomes in a quarter-century of climate negotiations, but according to Bent Hansen the poor result will be powerless to stop the momentum of renewable energy:

- Obviously, significant new climate commitments from large emitters would have propelled the development of wind and solar even further. But prices for renewable energy are already so low that they can compete with and beat other electricity generating sources without subsidies. The market for renewable energy will move forward regardless, he says.

As mentioned, other players are ready to step in when national governments fail to increase their ambitions of slowing down climate change.

- From private consumers to corporations, states and cities are seeing an increased demand for renewable energy. In the first half of 2019, US corporate renewable energy contracts (PPAs) hit new levels with agreements for 5.9 gigawatts (GW) of renewable energy, says Bent Hansen and mentions Obton’s own recent PPA in Canada.

- The private market will continue to push on independently in 2020 and the further cost reductions of solar energy generation will only lead to an increase in demand, says Bent Hansen.

Those who happened to read Bent Hansen’s predictions from last year may remember that the uncertainty surrounding UK’s exit from the EU (Brexit) figured on the list. And as the UK is still a member of the EU, Bent Hansen also has to include Brexit on the 2020 list:

- One of my main points last year was that the prolonged Brexit negotiations had the potential to sap the political will to tackle other issues – such as climate change. And that proved to be correct. Furthermore, a “hard” or “no-deal” Brexit might still have serious economic consequences for both the UK and the EU – and consequently on their ability to address climate change, he says.

- After the recent UK election, it seems that Brexit will finally happen. Now we need to wait and see what kind of Brexit it is. I will repeat the message of last year and say that a no-deal Brexit may result in higher energy bills for European consumers due to the threat of trade barriers to energy. I hope both the EU and UK realize they have a shared interest in reaching an agreement that involves the continued integration of the energy market, says Bent Hansen.